Age 5 – The age of willing and longing 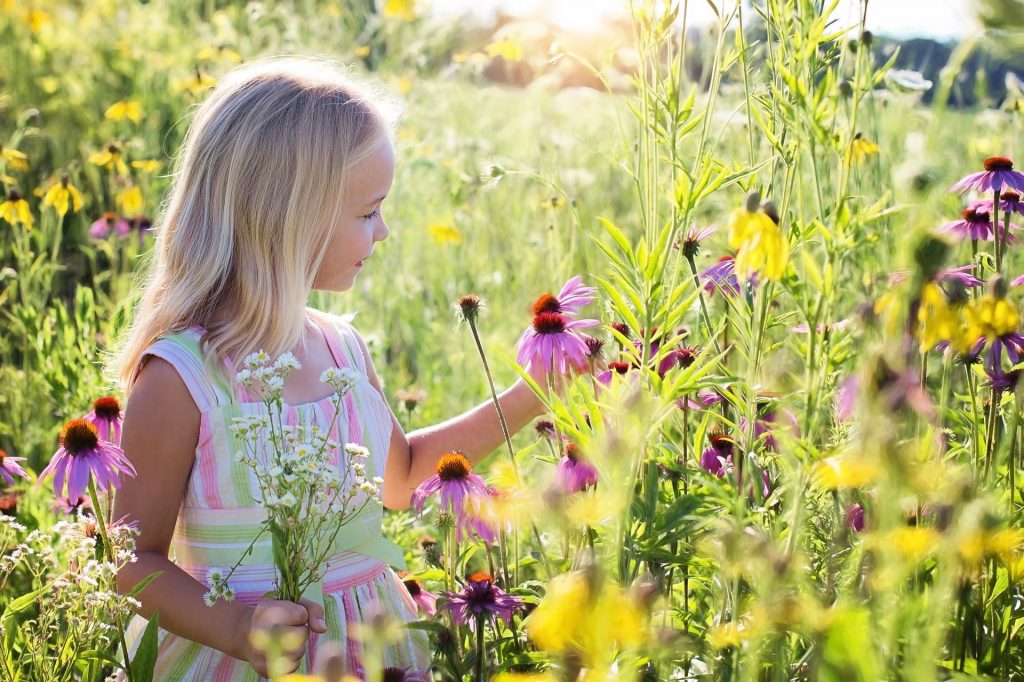 “I stand in the center of my kinder garden classroom, the kids are swarming at me, there is something I want to show them, I am the leader. From the corner of my eye I see Esther, a beautiful fair girl. She is angelic with her brown, silky, wavy hair and her sensual mouth contradicting her spiritual demeaner. Esther looks at me with love and understanding, she stays away, she knows I have nothing interesting for her. None of the other kids even notice her, they all are approaching me.

I feel shame, I know she is the real queen, the queen of spirit while I’m only the material queen. I am the present, she is the future, she is my aspirations and longings. Esther does not mock me, she doesn’t feel jealousy or anger only looks at me with a loving and excepting gaze as if saying- I know you from inside, you still need the acclamation of the crowd, I accept you as you are.

At that moment I know – Esther is my destiny.”

Before I’ll get to the heart of the age of 5 let’s look at the general flow of the child’s development:

The child’s development which starts in the womb and continues throughout the first Seven Year Cycle, flows from top to bottom, starting with the head to the metabolic system and finally to the limbs.

In the first 3 years the focus is on neuro sensor development which is related to the head and the senses.

Starting from the child’s fourth year a development starts in the rhythmic system and at the age of seven the “lower” system, the limbs start to develop.

* Third year- Independent thinking (referring to oneself as I)

* Fourth year- Development of the lungs

* Fifth year- Development of the heart

* Seventh year- Development of the limbs

An interesting fact is that a child’s physical development is parallel to its emotional and cognitive ones, with the age of 5 being characterized as the age of the heart. The heart is an active core, with an ongoing center to periphery movement. At this age, with the ripping of the heartly powers, the fifth cognitive- emotional principle, imagination and fantasy, awakens.

Imagination is a source for inspiration and wholesomeness, objects come to life, a stick turns to sword or a witches flying broom and the imagined story is stronger than reality. The child is given the ability to create worlds from its own creative inner landscape, this is a highly powerful and potent experience of creation.

Starting at the age of 5, the child becomes more aware of its body and of the fact that ‘I am my body’. up to that time there is no special awareness to one’s own body and the child inhibits its body with simplicity and harmony.

The power of imagination together with the awakening of bodily awareness give rise to new fears: a fear of witches, monsters and other creatures of imagination and a curiosity and fear of dying.

Future (a seed of future life)

Understanding the deep meaning of the age of five enables us to move from a chronologic viewpoint into a panoramic one in which we can include our past and future karmas.

At this age we meet our past originated willing as well as our future motivating longings (wunch).

“Nothing that lives in the will fully takes shape in the life between birth and death. Whenever a man makes a resolution with his will there is always something over, something which is not exhausted even up to his death; a remainder of every resolution and act of will lives on and continues beyond death. During the whole of life, and especially in the age of childhood, notice must be taken of this part of the will which remains.”

“Anyone considering the will nature in man to-day will say: “If I know the man’s motives, then I know the man.” But not quite! For when the human being develops motives, something is sounding quietly in the depths, and this gentle undertone must now be very, very carefully observed. (…) I mean something that can be faintly heard beneath the impulse of will, but which is still of the nature of will. There is something which always works in the will when we have motives; that is, the wish. I do not now mean the strongly developed wishes out of which the desires are formed, but an undercurrent of wishes that accompany all our motives. They are always present. We perceive this wishing particularly clearly when we carry out something which arises out of a motive in our will, and then we think it over and say to ourselves; what you did then you could do much better.”

In the example given, the 5 years old girl met her longings in the image of another girl – Esther. The image of the charismatic leader which came from the past gets to meet her own future face to face. Throughout her life she will search for the architype of Esther, the divine leader, in many ways, in her mother, her life partners and in spiritual paths, all to finally find the Esther inside.

The 5 years old life event can serve as a tool to recognize our past and future. We will first recognize patterns and gestures related to the past being, then we will uncover the longing.

The second reflecting age for 5 years old is 58. This age belongs to the last Seven-year Cycle that has a biographic- karmatic logic. This Seven-year Cycle is called Spirit-Man. The main theme from the 5 years old life event – in this case, the concealed spiritual longing – should come into completion. From this point and on, an evolving being should dedicate its life to giving back. This is the ultimate transformation from receiving to complete giving.

‘I remember the birth of my 4th sister. My mother was sitting in a chair holding the new baby in her arms. No one but the 5 years old me, my mom and the baby were there. I approached my mother and the baby with owe; I looked at the ‘miracle’ not daring to get too close or touch the baby. The room was very quiet and held a special sense of holiness, I asked my mother “what’s the baby’s name?” “shhhh, her name is Neomi” she whispered.

Freezing in face of the divine is a reoccurring theme in Perla’s life, this is a manifestation from her past. In the process of biographic- karmatic inquiry, an image of Perla serving in a holy place, where she is un authorized or unwilling to get in close proximity of holiness.

This gesture of ‘just looking’ has been a part of Perla’s life for many years and stopped her from exploring spirituality, despite of her deep spiritual calling. In the course of this lifetime Perla under took a ‘correction’, despite of her fear, she is engaging in teaching biography and Spiritual Science to others.

‘I was 5 and a half years old; my cousins and I have been in the Sinai desert for about a week. There was a big concert in Newiba and we all were heading there. There were lots of people around, I covered myself with a blanket and maybe fell asleep. I remember that people kept passing above my head and stepped over me from time to time, everything felt crowded and uncomfortable.

At the 5 years old life event I felt my future bound higher being. The crowdedness and extasy of the people around repulsed me. I disconnected from the earthly, crowded vulgar event, I experienced a lack of ‘I’. I am revolted by this lack of ‘I’ sensation.

The experience of hiding myself under the blanket represents my wish to shy away from earthly experiences and people – this is my past karma. This brings to mind an assignment I was given at the end of my training year, to tell my life story as a fairytale. In the assignment I described myself as a being who is hiding her red petal dress (the spiritual dress) under a simple gown.

I know now that my tendency to hide comes from an over identification with my higher, more evolved being. As long as I identify with it as if she is ‘mine’ I experience her as arrogance which fears me and makes me want to hide her.

For a few years now, as part of my future karma, I’m not identified with her anymore. I understand that any quality I posses is something given to me by the Gods in order to complete my earthly mission. I don’t have the need to be modest and hide my spirituality.