The investigation of minor and major events enables us to understand the uniqueness of our life, and how to turn each painful event into new awareness. Biographical counselling is a growing profession that was developed at the end of the last century and is based on Anthroposophical spiritual science.

This  discipline was developed in parallel to the change that occurred in the conventional psychology branching into spirituality. It assists a person in discovering the meaning of his life.

Anthroposophy at large and biography in particular, are a new path that leans on ancient knowledge and wisdom which was adjusted to the current developmental stage of humanity. It is a path that integrates creative consciousness work and emotional work and is based on spiritual knowledge. The underlying principle that guides Biographical Counselling is the development of the individual, as it relates to his destiny (mission) and his surrounding company. Its premise is that spiritual development leads to mental healing and change.

Biographical counselling serves as a path for personal development through leisure –time enrichment courses – as well as a profession for people who seek a career change.

Life-Stories: Our  Life Patterns and Their Meaning

Modern people are trapped in an existential alienation that originates from the loss of  meaning in their lives. This turns life into a sequence of disconnected events that are not united as a whole that would grant them harmony and meaning. Biographical counselling helps a person understand and feel that the underlying foundation of various events  and crises he goes through are guided by a leading wisdom that weaves all life-events into one coherent fabric that holds meaning and direction. At the base of Biographical Counselling lies the premise that the individual development of a person is never ending, that each stage in his life holds the potential for development and additional awareness, for taking charge of his life and his surrounding world, through self discovery, and recognition of destiny and mission.

The Secret of Ages and Seven-Year Cycles

At each stage of his life a person develops different capabilities and physical, mental and spiritual qualities accordingly. In Biographical Counselling we learn to read our life-map according to different age periods that are called- ‘founding ages’ and according to the seven-year-cycles, in which the developmental regularity changes, and our attitude as counsellors changes accordingly. The Uber-phenomenon (prototype) of Biographical Counselling is mid-life crisis and the following consequent conversion.

The Development of Self-Spiritual Consciousness

Human development is in essence the  development of consciousness – from a child’s consciousness, dream-like, and unifying – to a separate individual consciousness. A human being is created in the image of the cosmos. As a person develops from childhood to maturity and then to old-age, so did the world go through different steps accordingly. By recognizing the universal laws we can better understand our selves in depth. 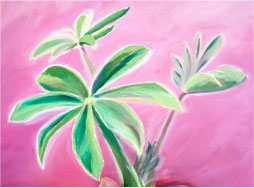 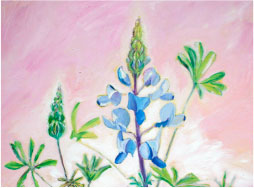 (English) What Makes us Unique

(English) About The staff

(English) Studies in the Community