Longing as a State of Mind / Orna Ben Dor

“ It is not Itamar, it is not Amos, nor Ronni… it is not you at all, but me. It is my yearning that was dressed on you, that sought an echo, that wished to be granted, to be poured out, to commit itself, to hold on, to quiet down.”

What is the nature of the longing described in Dafna’s diary? Seemingly it is a longing for a man’s love and for intimacy, but actually it has to do with a much deeper yearning, the one that sits at the base of human existence –  the longing for the divine, for the whole, for unity.

In each and every one of us there is a longing to “return home”, to go back to the unity from which we emerged and to which we shall return when the day comes. This yearning is a deep and inner longing for an emotional and spiritual experience that would fill our lives and give them meaning. The search may take on various forms and manners with different people at different ages: longing for money, honor, status, political power, high ranking position, infatuation and also addictions.

In this essay I will attempt to connect between the Anthroposophical knowledge about the cosmic development of the world and the longing experience that dwells in the soul of each and every one of us.

According to Anthroposophical spiritual science, all emotions, all states of mind – including yearning – originate from mighty spiritual processes that ensued in very ancient times to spiritual entities that are higher than humans.

“Coming nearer and nearer to the earthly life of man, we find this mood in ourselves — everyone knows it — as uncertainty and at the same time as torment in the domain which can be included in the hidden depths of soul-life. This feeling with which we are all acquainted holds sway in the secret depth of our soul-life, and sometimes pushes its way up to the surface; and then perhaps its torment is least. We often go about with these feelings without being aware of them in our superficial consciousness; yet there they are within us. We might recall the words of the poet: “He alone who longing knows, knows what I suffer,” if we wish to convey an idea of the tormenting nature of this mood with which is connected a certain degree of pain. The longing to be found in the souls of men, is what is here meant.” (1)

Longing from a Cosmological-Spiritual Aspect

To begin with, human beings were created whole, in the image of God. “And God said, Let us make man in our image, after our likeness”. (Genesis, Chapter 1, verse 26).  The first Man was part of the ancient divine harmonious unity, yet he still was not an individual being; lacking self-awareness and freedom. God placed him in the Garden of Eden “to dress it and keep it” – namely, to maintain what’s there, the creation of God.

After eating from the fruit of the Tree of Knowledge, Man’s eyes were opened to recognize his separateness and loneliness and together with it his lack of perfection. As a result of eating the fruit he was expelled from the divine harmony and begun his individual journey on the face of the earth – a journey for self-discovery. The developmental path of Man is from a child-like state, in which he is embraced in the arms of divine forces, to a “mature“ state, in which he gradually turns into a partner in creation.

Through the repeated cycles of re-incarnation on earth, each person is given a chance to rectify and develop. In each life cycle, the eternal self of Man – his divine image – is dressed in various bodies named, ‘envelopes’. These are called: Physical Body, Etheric Body, and Astral Body (in Judaism: Soul (meaning, body), Spirit (meaning, soul), and the eternal self Essence (Neshama)). Through these incarnations Man proceeds toward his future as a creator.

But not only human beings develop, the earth itself develops with them, as the whole solar system changes. In his book “an Outline of Esoteric Science”, Steiner describes the evolution of the earth. The first incarnation of the earth is called “Ancient Saturn” (this does not refer to the present Saturn planet, but rather to the whole solar system). This is the stage in which the basis for the physical body of current man is formed. Following an extremely long period of ”cosmic sleep”, one which may be paralleled in the microcosmos to a single person’s interim period between death and rebirth.

Next, the solar system incarnated again – this time to a higher state of consciousness where the ancient seed of the human etheric body is planted – a stage called “Ancient Sun” not to be confused with our current sun).

Following another period of “cosmic sleep”, the third stage of development, called “Ancient Moon”, occurs, in which the astral body of man is created.

Finally – in the fourth incarnation, after other planets left the earth, Man obtains his I, the image of God. Planet earth is the one we live on today.

The various planets were and still are the dwelling place of the higher  spiritual Hierarchies (called in the Kabbalah: Spheres). The spiritual development of these hierarchies is the source of the world of emotions, the astral world of humans.

The various human soul characteristics such as: love, morality, yearning, and sacrifice, are the progression, and reflection of a world of thoughts, deeds and cosmic achievements. All the characteristics known to us today as our internal mental world, have already been created in previous incarnations of earth, as spiritual states of consciousness of the divine hierarchies. We did not ‘generate’ or ‘create’ our feelings. Rather they are reflecting states of consciousness of higher beings.

“Thus we see that Anthroposophy shows that the conditions we are experiencing in our Souls to-day are connected with the Cosmos, with the Universe. We see also, however, how that which we experience in the Soul to-day can alone provide us with an understanding of the spiritual foundation of things.”(1).

One such cosmic deed is sacrifice.

The first sentiment that was raised in the entities whose sacrifice was rejected was – longing. That emotion is the source of longing that dwells since time eternal in every human being.

“So must we define the frame of mind of those Beings whose sacrifice was rejected, it was somewhat of this nature. What we may discover in the depths of our soul-life is a heritage coming to us from those primeval times of which we are now speaking. Just as we have inherited other things from that ancient stage of evolution, so do we inherit all kinds of longings, all kinds of repressed wishes impossible to fulfill.”(1).

In a narrower circle than the enormous cosmic circles, the story of Cain described in the Book of Genesis signifies the sacrifice and its rejection.

“And in process of time it came to pass, that Cain brought of the fruit of the ground an offering unto the LORD. And Abel, he also brought of the firstlings of his flock and of the fat thereof. And the LORD had respect unto Abel and to his offering: But unto Cain and to his offering he had not respect. And Cain was very wroth, and his countenance fell.” (Genesis, Chapter 4, verses 3-8).

Unlike Abel, that was taken to God and returned to unity, Cain was left in his loneliness and wandering. However, God did not wish him to die. The rejection of Cain’s sacrifice by God was accompanied by the command:

” …sin is crouching at your door; it desires to have you, but you must rule over it.”(Genesis, chapter 4 verse 7).

God commands Cain to continue and develop in order to control his lower astral part again – the desires and urges that he failed to control when he killed his brother, Abel – and transform that part to a spiritual sense.

Unsatisfied longing is a state of mind in which a constant search for fulfillment exists. In the course of earthly life, the inability of man to reach unity results in an experience of emptiness. The unsatisfied soul strives to reach the next thing that will provide it with at least a temporary sense of unity and wholeness.

Rabbi Kook, one of the greatest thinkers in modern Judaism, referred to the word Heaven (in Hebrew originates from “there”) in the sense of – there. There is always “there”… and following that “there” there is another “there”… and so on, without reaching an end. The endless search that emerges from longing, is the engine that pushes forward evolution at large and man in particular. 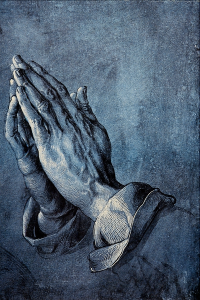